What is Kratom & Is It Safe To Use? 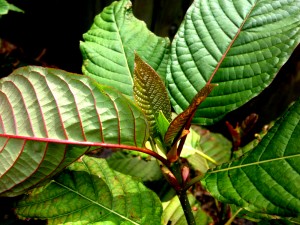 Kratom is the common word for Mitragyna Speciosa, a species of tree related to the coffee plant, which grows in marshy regions of Southeast Asia, most famously Thailand. Traditionally, the leaves are chewed in raw form to receive the psychoactive effects of the plant. However, nowadays it also comes in different forms, including extracts and powders. This helpful plant is not detected by drug tests, making it a versatile and realistic option for many users.

What are the effects of kratom?

Kratom has chemical properties similar to morphine, although the effects on the user are much different than that of opioids, and the risk of dependency is nowhere near as high. Kratom acts as a stimulant in low doses, and as a sedative in high doses. Everyone who uses kratom has different motives for using it, as it has a wide variety of effects, including:

You could use kratom to your advantage if you…

Although kratom has positive effects on the body and mood and it is legal to buy kratom in the United States, that doesn’t mean that you should just use unlimited kratom with no regard to the consequences. Kratom contains over 40 compounds that effect the body, and little scientific research has been done about this plant. As with any drug, you should be aware of the side effects and risks associated with the use of kratom. Negative side effects caused by kratom are rare, but possible, and include:

If you’re new to kratom, try using a low dose to start with and seeing how it affects you before moving up to larger doses. If you start to habitually use kratom, be aware that kratom can form a mild dependence, and if you stop using it you will probably experience withdrawal similar to caffeine withdrawal. Effects of kratom withdrawal include irritability, runny nose, and diarrhea. Furthermore, kratom is not legal in every country, so use it responsibly. Although it is not a federally controlled substance in the United States, be aware that state laws may vary. So, in light of the evidence that Kratom can provide immeasurable health benefits to those who take it, why do state and federal legislators and regulators continue to try banning the substance nationwide? Even the Huffington Post thinks that the industry is being overzealously targeted.